Last weekend I had the misfortune of having a camera fail on me. Now before anyone starts saying that this is because of poor manufacturing or not, I do put my equipment through a lot. That said, those that buy used gear, should always be cautious about buying cameras from anyone, especially from pros.

Regardless, these are mechanical devices which are exposed to the elements whenever we change lenses on them and even completely sealed units like point and shoots are bound to fail eventually. Whether it was a defective unit, an obstruction or just wear and tear, it is now off to repair, but fortunately for me I had a back-up with me.

Those that have been following my blog know I recently picked up an E-P3 from Olympus but also know that I shoot primarily Canon EOS equipment. Last weekend I went away bringing both my 5Dmk2 and the E-P3 with me. I decided to keep it pretty simple and brought pretty minimal gear, but I also brought an adapter that allows me to use my Canon EOS equipment on the Pen.

I never intended on using my Pen as a back-up but when my shutter failed on my 5Dmk2, I really didn't have much option.

I had brought my new Sigma 70-200 F/2.8 HSM OS to capture some action for the weekend and really didn't bring any other EOS lenses with me other than a teleconverter for more reach. A big lens that over shadows and outweighs the E-P3 by a lot.

Now shooting action is not easy on a live view or electronic view finder, but honestly, the hardest part of everything was shooting with no autofocus or a monopod. This was certainly not the easiest camera to wield and learning to focus with my fingers was a trial in patience. 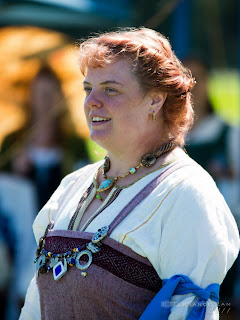 Regardless, I surprisingly came home with something like 500+ photographs with about 80% of them in focus. I was quite shocked by this, but regardless, it proved to me that even the Pen with the right adapter can be used as a back-up when needed.

The Kipon adapter also has beautiful rounded aperture blades built into the adapter, however since the actually blades are no where near the optimal optical path, it, for the most part, did very little to give me any depth of field control. Regardless, even wide open the Sigma lens performed tremendously well, and considering I was running this as a back-up I was very pleased with the end results.

Portrait shots were actually very easy to focus even wide open, and with the EVF of the LV-2 on the Pen, it was surprisingly accurate. Having a weak low pass filter certainly makes it easy to spot focus and certainly the resolution of the viewfinder makes a big difference. 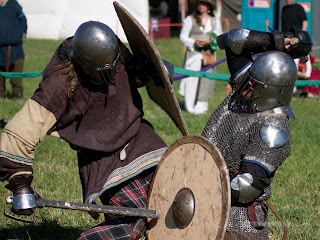 One thing to point out about the Sigma/Pen combination is that the lens is actually a little difficult to use as a manual lens. I certainly would not think this is an optimal manual focus lens and they way they designed it was slightly flawed. The focus ring should have been the front most instead of the zoom ring that it is now.  The only real saving grace is that I held the camera by the tripod foot to keep it stable and used my finger tips to adjust focus. It was difficult but doable. 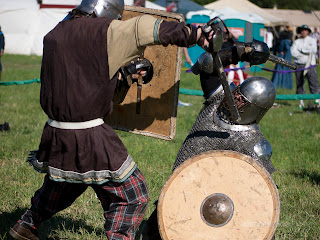 After a few hours of shooting this way over the weekend, it was a matter of time before I adjusted and got used to using this combination. Sure I didn't have autofocus, but still managed to catch wonderful action shots of some speed medieval martial arts (something that I also practice), and still maintain focus. Even after some time, I shot videos with this combination with no monopod or way to keep things stable.

It's been a week since my shutter failed and for my irritation to subside. But upon reflection I am very happy that I had this back-up camera with me which I never intended as a back-up. But it certainly reminds me that anything can make a good back-up and in this case more so because I was able to adapt the lenses I had to the much smaller and normally incompatible camera.