Opinion: The future of Olympus... 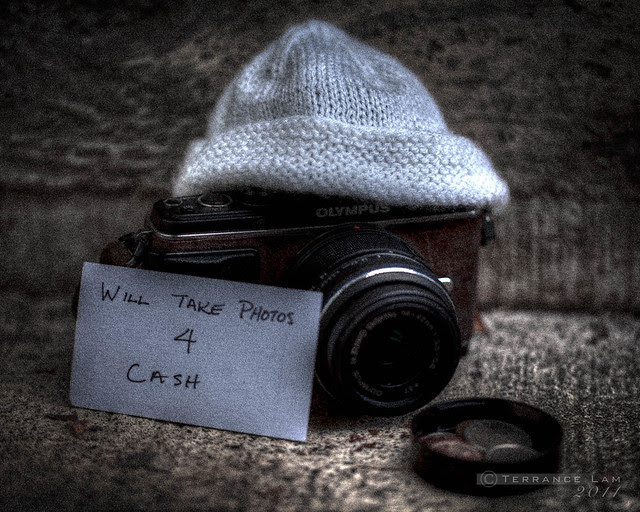 There's lots of panic over Olympus and maybe perhaps it's inevitable demise. Even speculation out there of someone purchasing Olympus' camera division but even if that doesn't happen, there's a lot of other companies that wil be investigated for the same business practices. Olympus was just the unlucky company to be the first to uncover this. Here's a great article on the Olympus troubled time line from the New York Times: http://www.nytimes.com

Even if Olympus does go insolvent, they have too many assets that are of value. The mFT is a profitable part of the camera division even if the whole is not. Some company could take the opportunity to get into this part of the market with some great value. Here's some of my opinion of what I think could be possible (whether it involves purchasing Olympus or not):


Panasonic: Bails them out with funding, keeps the name the same, own it, subsidize it but separate the enthusiasts compact  from the regular consumers. However Panasonic has already positioned itself with the recently released X line. This makes it more of a competitor than ever before. Panasonic and Olympus' partnership was about to somewhat expire soon where it forced Olympus to use the 12 MP sensors (where as Panasonic already moved on to a 16MP sensor). Olympus was certainly shopping around for new sensor partner but this may or may not force Olympus again into a long (maybe even longer term) agreement with Panasonic.


Fujifilm: They finally announce the rumoured partnership with the mFT group, come out with their reported mirrorless system which fits it nicely between the X10 and X100 with their awesome sensor technology and make a merger with Olympus sharing technology between the two companies. They can then disclose what many speculate have been the case such as the hybrid finder is actually Olympus' design and that future Olympus cameras will incorporate both technologies. Now I won't hold my breath on a mFT version of the Fuji or that a Pen pro might have the hybrid-finder. Many have indicated that Fujifilm is not going mFT, but I dare to dream.


Sony: As MC Hammer once said, 'don't touch this'. They already did this with Minolta and it took many years for them to build their market following and won't likely follow the same path with Olympus. Regardless they already have their own system in the NEX series which is drawing a good following and positions them 2nd in the market ahead of Panasonic. They will likely take over the 1st position in short order. They basically don't need Olympus to take them further.


Nikon: They have the 1 series now. They will stick to their guns even though it's been received very poorly by the market. It's not like Nikon to buy assets from another company and rebrand them. However they do have strategic partnerships with companies like Sony and Casio for producing their key components and systems, one could argue the that they could do this with Olympus as well. Maybe  have Olympus be it's manufacturer of the next generation One series and assist in producing smaller compact lenses than the ones they have now. What is more likely is that Nikon might be interested in Olympus' science imaging department which competes directly with them.


Canon: Possible that Canon can buy or form a new partnership with Olympus. Canon would certainly be interested in more Science imaging marketshare which is Olympus' strongest and most profitable part of the company. They are also one of the few companies that might have the money to do it. With no mirrorless currently in their line-up they just might consider a strategic alliance. Both the mirrorless and the medical imaging compete nicely against their most direct rival, Nikon.


Hoya/Pentax: Already purchased Ricoh's camera division. They won't much care for this either and they also already owns Pentax (which failed to produce a mirrorless that the market cares for).


Casio: Small possibility here, but they are partners with so many other camera companies and will have to be careful when they align or brand themselves as an exclusive vendor of the Olympus line.


Samsung: A Korean company, and I can't imagine cultural Japan to allow such a rival company to own assets from an established name like Olympus. They also have their own mirrorless that is doing well in specific markets so highly unlikely they would be interested in bailing out Olympus.


Kodak: I am amused at this suggestion, although would have been nice to see the sensor technology (which they just sold off this week) in the next Olympus. Kodak has no money and is in a dire position regardless.


Apple: I actually welcome this suggestion and the Japanese might be open to a bailout by one of the most successful tech companies during the current global economic crisis. It will mean Apple will return to the digital photography market that it pioneered with Kodak in the early days. It's not inconceivable as Apple is rumoured to be developing and coming out with a television set in a couple of years. No one knows what Apple has in mind as it's a very secretive company, and Jobs was once quoted that he could care little about the criticism that he got for a product that he developed three years ago and focused on what he was going to launch in another three years. Jobs often looked at the photographic market as something that needed a revolution and of course Apple would be the best company to spearhead a revolution again.


Carl Zeiss: I wish! They are in bed with too many strategic partners and Sony as well. In my dream world, buy Olympus' camera division, rebrand it as Contax Digital G, make both CZ and Zuiko lenses.


Leica: This is plausible (maybe very realistic), but the brand has never been known to be a mass market company. It might compliment or might piss off their partnership with Panasonic, however Leica is watching the mirrorless market carefully. Perhaps they could walk into a stronger position by owning Olympus and boosting the line with some modern AF examples of their lenses (manufactured by Panasonic). Leica's position in the market is a niche position, and it runs the risk of losing that to the likes of Sony NEX-7 or what Fuji might be coming out with. Leica has been in an enviable position in the last few years with the M8 and M9 where no competitors have really been there to threaten their position, but the Ricoh GXR, Sony NEX-7 and even the current Fuji X100 are all cameras that threaten  Leica M9's once dominant position in that market. I own several M-mount lenses and happy enough to use them on my Pen and that kind of thinking is very popular among Pen users. Something that I'm sure Leica has taken notice and just might consider the Olympus opportunity. However Leica only recently did a major transaction (which 44% was sold to a Blackstone a private equity company) which might mean any other mergers or acquisitions are not in its current plans.

Sigma: A family owned company, has had many hits and misses in the industry. Their Foveon sensors promised to redefine the market, but now that emerging technologies from Canon in their new C300 sensors threatens the uniqueness of their demosaicless technology. However could it be a good fit with Olympus is hard to say? As a private company buying out a public company, it would certainly be a  challenging business endeavour. Sigma's DP series of compact cameras had a good following, but the price point was very unpopular in the market. With Sigma's commitment to the Foveon technology it has been more of a crutch than a benefit. I certainly don't think a merger or a partnership by Sigma and Olympus to be a good fit but doesn't mean that it can't be a good one if it does happen.


Epson, HP, Sharp and others: Epson is one company that could form a new partnership with Olympus. They do have a fantastic M8 competitor in the R-D1 which currently is a little buggy, old, and out of date. It still sells new for quite a bit more than one should pay for a camera of it's vintage, but Epson could conceivably buy Olympus' assets to get a stronger position in the market. They do need to do something that makes up for their shrinking printer sales so if by buying Olympus' camera division and coming out with a future R-D2 (full-frame M-mount), this could be the next move for them to make. As the public makes the move away from printer technology, they need to divest and reinvest in other technologies that are emerging or continuing to grow. Epson has for the most part ignored this market, but even the likes of HP and Sharp are companies that also need to look to the future and expand their product offerings. Sharp is one company that has a broad reach already, but their camera offerings have always been poorly received and for the most part ignored. HP runs the risk of being another Kodak if they don't look to new markets and shed themselves of the brand stigma it has of being a corporate only product. As to other suitors, it's hard to say if there is any company that could afford to buy the assets from Olympus. Olympus is no slouch in this market. Regardless of what has been reported in the news about their troubles, the camera division is still a massive division regardless of its losses. The value even if they were forced into a sale would still be enormous and would have to take a pretty large technology giant to take control of that division.


Despite all of this, whether or not Olympus survives this round of bad news the fact remains that even with us current (and even future) micro-four-thirds owners, that there shouldn't be a panic among Olympus owners because there are so many other partners in the group that will continue to provide alternatives and choices in lenses. Even if (and I highly doubt this will happen) the body disappears off the shelf like the ill fated Polaroids, there will still be choices in Panasonic or hopefully a new partner waiting to swoop in and offer another body option.


What I see is a definite in light of this news is all future R&D projects are going to be stalled, and with Olympus' track history of delivering products in a timely manner, most likely will not see a lot of new innovations from them for some time.


I for one hope the best for Olympus, in the meantime I will covet my Canon equipment that much more :)
Email Post
Labels: bail-out business corporate mergers Olympus opinion