A discussion of anti-alias (AA) filter removal comes up often and there seems to be some confusion over what advantages this gives.

Users believe the removal of such filters will improve resolution and details, but the reality on higher density sensors the resolving details are only slightly affected by the filters.

So what is the AA filter? Simply put it's a piece of crystal that offsets certain pixels onto the sensor to avoid jagged edges and most importantly moire patterns. This can be seen by photographing something with a uniform pattern. Certain cameras like Leica and Sigma (also most medium format digitals) do not have the AA filter. The claim is that they help improve details.

Alright.... so lets put this all in perspective. Here's two files taken right off of MaxMax's website:

MaxMax is a company that provides a service to remove the AA filters from your digital cameras. The files that I've downloaded from their website is specific to the 5D.

At first when you load up the files you'll say, there is a difference, but in reality that's just not the case. The AA filter on the 5Dmk2 is weaker than the 5D and although it reduces subtle moire patterns, for the most part it does very little to affect things. These examples are from the 5D. They don't have 5Dmk2 samples and I would suspect from my findings there would be even less differences.

Couple of things before I show the crops I will explain my methodology. 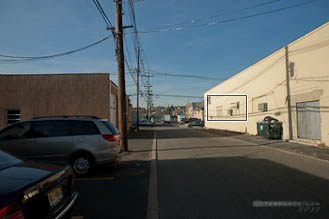 
You can see the moire pattern in the grill, but the detail impact seems very significant. The supposed mushiness is making itself apparent in these two comparisons.

....and now for why it's a waste of time:
As you can see in both the modified and the Lightroom 3 adjusted version, there is almost no difference (I can push the sharpness more if I needed to, but kept it here to simulate what in camera JPG sharpening is set by Canon).

You can see that all the subtle details that the modified version supposedly recovered was always in the file. DPP is the worst program to try to sharpen the file as it does it's sharpening after it processed the RAW file. The sharpening approach that Lightroom 3 applies is much different than how DPP does it as it does the sharpening at the RAW file level (likely at the demosaic level much like how it does it's noise reduction) rather than after. But the big advantage with the non-modified version is that the colour moire pattern that the modified one has is not nearly as bad.

Is there any real advantage in removing the AA filter? No. If you believe it does, then you're not processing your RAW files with the right software or you're assuming that you're not to sharpen your images when you bring them into your camera.

There's a reason why JPG images initially look sharper than RAW files and Canon knows that the AA filter does affect the sharpness a touch. The in camera processing does a far better job than DPP does, but Adobe's approach (and likely DxO Optics) to sharpening is almost like having no AA filter.

Conclusion:
Save yourself the money for the conversion and the risk of future moire patterns. Spend it on Lightroom 3 or DxO Optics Pro 6.5 to process your files. There is no net gain in removing the AA file that I can tell by looking at the two RAW files from MaxMax themselves when all things are treated equal. The other thing to consider is the 'jaggies'. Although most people don't look at images at 200%, the AA filter does it's job of softening the jaggies so it doesn't look quite so digitally represented.

Now is this to say that there isn't any net benefit from removing the AA filter. Certainly it's much nicer to start with a file that doesn't have to be sharpened in post. But in my findings it doesn't really take much to compensate for the AA filter. However I suppose if you start with an image that was poorly shot without the AA filter, you might have a slight better chance of recovery from those kinds of mistakes without it. On something like the Leica M9, since there is no autofocus, focusing errors are probably more common and having no AA filter certainly helps mediocre or slightly off focused images appear to be much better than normal.

If you're shooting a modern dSLR camera with manual focus lens, then perhaps there's some advantages with removing the AA filter, but for more purposes, save yourself the money and spend it on decent RAW processing software.
Email Post
Labels: AA Filters Anti Alias Sharpness